Lauren Uhr enters her ninth season as a head coach at CMS for the 2019-20 academic year, including her sixth consecutively since re-joining the program in 2015. She has led the Athenas to three straight undefeated SCIAC seasons and NCAA Tournament berths from 2017-19 and was named the Division III West Region Coach of the Year in 2018 by the Intercollegiate Women's Lacrosse Coaches Association (IWLCA).

The Athenas set a program record with 18 wins during the 2018 campaign, and won the SCIAC championship for the second season in a row (and fourth time in program history), going undefeated in conference play. CMS followed that up with a 16-3 mark in 2019, again going undefeated in SCIAC and earning an opening-round bye in the NCAA Division III Tournament.

Uhr coached the Athenas for three years from 2005-07, compling a 34-13 record, before spending eight years as the head coach of Division I Saint Mary's College. She returned to the Athenas in 2015 and has since led CMS to a 71-18 mark over the last five years, giving her an overall record of 105-31 at CMS.

During her first three years coaching the Athenas, she had 10 players earn First-Team All-West Region honors and three players earn All-American honors. In the five seasons back with CMS, 12 players have been named All-West Region and two been selected as IWLCA All-Americans. Prior to coaching at CMS the first time, Uhr was the Assistant Women's Lacrosse and Soccer Coach at Limestone College in South Carolina.

Uhr received a bachelor's degree in Marketing and Information Systems from Fairfield University (CT). While at Fairfield, Uhr was a member of the Division I Lacrosse team, receiving several awards including Regional All-American, Conference Player of the Year and First Team All-Conference. 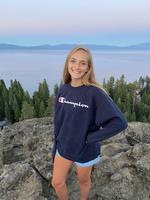 Boo graduated from Miramonte High School in 2020 and will be playing Division 1 lacrosse at Dartmouth College beginning in the fall of 2021. As a freshman at Miramonte, Boo was named First Team All-League (Diablo Athletic League). As a Sophomore, she was named US Lacrosse All-American and First Team All-League despite a season-ending ACL injury halfway through the season, and helped lead her team to a Division 2 NCS Championship and DAL Championship. As a Junior, Boo was named team captain, earned the title of League MVP, was named a US Lacrosse All-American and US Lacrosse All-Academic, and helped lead her team to a DAL Championship. As a senior, Boo started as an attacker for the US U17 National Team at the Brogden Cup, led the state of California in points until her season was cut short due to COVID-19, was renamed captain, and was named an Adrenaline All American. Boo was also a member of the Tenacity 2020 Blue team for six years and was a two-time member of the Under Armour West Team.

Jen grew up in the Bay Area and played High School lacrosse at San Ramon Valley. She attended Scripps College, in Southern California and played four years at Claremont-Mudd-Scripps (CMS). This included being part of the team that won the inaugural SCIAC Championship in 2010. Jen led the league in assists per game and was named to the All-SCIAC second team in 2010. While at CMS, the Athena’s also made 4-NCAA tournament appearances, including the first ever for the program in 2007.

After graduation, Jen moved to England to coach at various boarding schools to grow the game of lacrosse. She successfully set up and executed school outreach programs in sport for local public and private feeder schools. While working in boarding schools, she also worked in the Guidance department counseling students to help them develop and achieve their post-secondary International education and athletic objectives. She worked with County and Regional lacrosse teams, and also helped coach a Super League Lacrosse team in 2015 and 2016. Jen moved to Scotland in 2017 to attend Graduate school at the University of Edinburgh in Sports Policy, Management and International Development. While in Scotland, Jen worked with local club teams and coached the Edinburgh University 2nd team made up of 1st-5thyear College students.

For 5 years Jen coached the Scotland Women’s National Lacrosse team. They won a bronze medal at the 2015 European Championships in the Czech Republic and finished 5that the 2017 FIL World Cup in England; the highest finish by the team in 24 years. Two players from the squad went on to represent team Great Britian in the World Games in 2017 in Poland.

In the Spring of 2019, Jen assisted Lauren Uhr in coaching the Claremont-Mudd-Scripps Athena’s to a SCIAC tournament Championship and a second-round appearance in the NCAA tournament.

Jen is currently employed by an Ed-Tech firm focusing in education and sport. 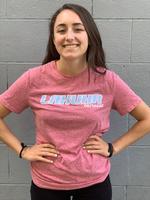 Hilary graduated from Scripps College in 2015 (American Studies major
with a concentration in Immigration; Psychology minor), where she
played varsity lacrosse for the Claremont-Mudd-Scripps women’s
lacrosse team (DIII). She was senior captain (2015); team MVP (2014);
2nd team all-conference (2014); and academic all-conference (2013,
2014, 2015). Prior to LAXUHR, Hilary has coached for Berkeley Lacrosse
Club and Lacrosse Northwest (Portland, Oregon). In high school, Hilary
was a tri-sport athlete and coached youth lacrosse for Lake Oswego
Parks and Recreation. Outside of coaching, Hilary works as an
immigration paralegal in San Francisco.